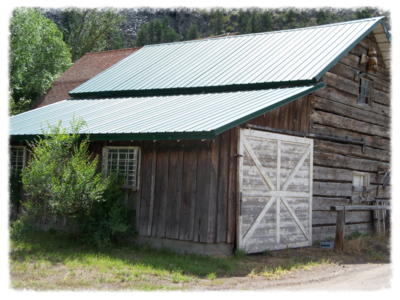 October 1886 brought Julius Allen Loomis to the ranch, with hopes of persuading Guy Waring to go into partnership with him.  Storekeeping, was the paying business on his mind.  The partnership was formed and a general merchandise store was at first run out of the house, now the tack room, occupied by Guy Waring and his family.  This was the first real business enterprise to be established in Okanogan County.

John Woodard eventually purchased the ranch from Guy Waring, and later passed it on to his son, Ross, who continued the ranching tradition.  They built a block home at the edge of town for their hired man.  This home has been incorporated into the ranch and is today used by the Spear Ranch for their cow boss.

In 1993, Gene Spear and family came from Colorado to the Okanogan and purchased the ranch.  He and his son, Bart, brought with them the brands of the Spear S and the B Spear.  All four brands, the number " 2 ", the letters " PC ", the " S  " and the "  B  ", can be seen on their cattle roaming the vast ranges of the Spear Ranch.  The ranch continues to flourish, as it also gets passed on through the generations. 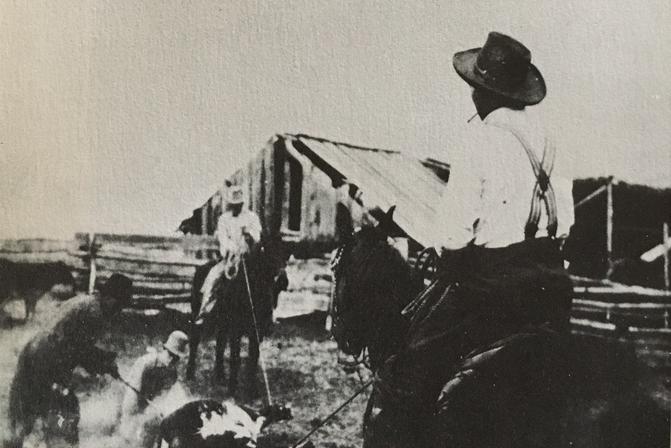 Our Headquarters are located at the West edge of Loomis, Washington, just 17 miles West of Tonasket, Washington, or 41 miles from Omak, Washington.

The Spear Ranch has a long history in Okanogan County, dating back to the 1870's.  Located at the west edge of the former mining town called Loomis, the Sinlahekin Ranch, as it was originally known, was the first ranch in Okanogan County.  The first house was built in 1872 by E.D. Phelps and Washington "Irving" Wadleigh and is still standing today as the Spear Ranch and is in use as the tack room.  The ranch was once the headquarters of the Phelps and Wadleigh Cattle Company, which was active in the Okanogan starting in 1875.  Their brand at the time was the number "2" and is still in use today by the Spear Ranch.  After the winter of 1880-81 and loosing a considerable amount of cattle (one report was 8,500 head), the Phelps and Wadleigh partnership was dissolved. The remaining herd was sold to Ben Snipes, later known as the "Cattle King of the Northwest". The range was passed to others and the headquarters was eventually sold to Henry Wellington.

In 1884 Guy Waring bought the ranch from Mr. Wellington.  In August 1885, he recorded and began using the brand letters "PC", on the left hip.  This brand is also still a part of the current ranch and is used by the Spear family.  In 1885, alterations were made and a 22' addition to the original house, now the Spear Ranch tack room, was added. 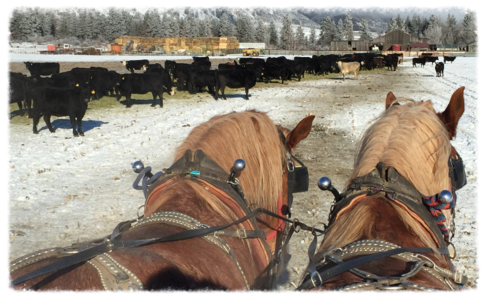 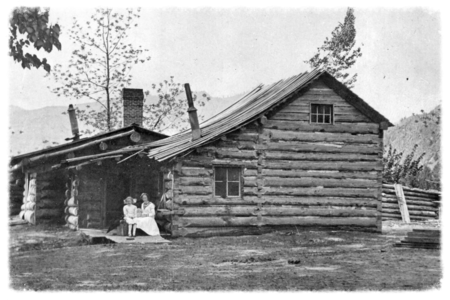